When you have been charged with an Assault Crime, you need an experienced lawyer who focuses Exclusively on Defending Assault and Battery Cases and who will aggressively protect your rights.

The penalties for assault range from Class C misdemeanors to second-degree felonies. In cases where the accused merely threatened the victim, a conviction will most likely result in a Class C misdemeanor. This same type of behavior can rise to a third-degree felony, however, when committed against certain individuals, such as police officers, government officials, public servants, and emergency workers.

Making physical contact with another person typically results in a second or third-degree felony. Because the consequences for assault vary widely depending on the unique circumstances of the case, it is important to work with a criminal defense attorney who has in-depth knowledge of the criminal justice system.

In everyday conversation, you might have heard the phrase “assault and battery.” Historically, English (and later American) common law treated assault and battery as separate offenses. The difference between the two was relatively straightforward: Assault referred to an action that placed someone in imminent fear of harm or danger, while battery required some proof that “offensive contact” occurred. In other words, if you swing your first at someone but missed their head, that would be assault–but if you made contact, that would be battery.

The current Texas Penal Code no longer considers “battery” a separate offense. Instead, the law simply defines both types of offenses as “assault.” Indeed, the modern version of criminal assault requires no evidence that the defendant made physical contact with the victim; it is sufficient for the state to prove that the accused “intentionally or knowingly threaten[ed] another with imminent bodily injury,” which is essentially battery.

Dealing with a First-Time Assault and Battery Charge

A first-time assault charge does not necessarily mean you are facing jail time. If the nature of the assault charge only involved making threats of physical contact against another person, and there are no special or aggravating factors involved, prosecutors can only pursue a Class C misdemeanor charge. This means that even if convicted, the accused faces no jail time, only a fine of up to $500.

But there are a number of factors that can quickly elevate an assault charge. For example, the Penal Code defines a specific subset of assault offenses involving sporting contests. Let’s say an intoxicated fan sitting in the stands at a high school football game disagrees with a call made by the referee. The fan decides to charge the field and punches the official in protest.

This is now a case of Class B misdemeanor assault because Texas assault law expressly forbids any non-participant in a sporting event from threatening or making unwanted physical contact with a participant, including a player or official, in such an event. And unlike a Class C assault charge, a Class B misdemeanor does carry possible jail time–up to 180 days, in fact, plus a maximum possible fine of $2,000.

Keep in mind, Class B and Class C misdemeanor assault does not require the defendant to cause any injury to the victim. If there is bodily injury, however, now the charge is at least a Class A misdemeanor. The effectively doubles the maximum Class B misdemeanor penalties, to one year in jail and a $4,000 fine, respectively.

There are also a number of special situations where even a first-time assault and battery charge can be prosecuted as a felony in Texas. Some of the more common scenarios include:

Under certain circumstances, the assault is so severe it is raised to the level of an aggravated assault. This is a separate charge that is distinguished by more serious behavior and harsher penalties. An individual commits aggravated assault in Texas when he causes serious physical injury or attacks another person with a deadly weapon.

So what exactly is a “serious bodily injury,” and how does the law distinguish it from a regular bodily injury? The Texas Penal Code considers an injury serious when it “creates a substantial risk of death or that causes death, serious permanent disfigurement, or protracted loss or impairment of the function of any bodily member or organ.”

In plain terms, if you merely scratch someone on the arm, that is not considered a serious bodily injury. But if your assault leaves them with a scar or prevents them from using a body part, such as an eye or a leg, that would qualify as “serious,” and thus potentially elevate your criminal charge to aggravated assault. And even when no serious bodily injury occurred, prosecutors can still charge aggravated assault if the defendant used or even “exhibited” a deadly weapon during the commission of the assault, such as a firearm.

In most cases, an aggravated assault will be treated as a second-degree felony. In especially egregious cases, however, the accused might face a first-degree felony charge. The difference between a second and first-degree felony is not trivial: The former carries a maximum prison term of 20 years, while the latter can keep you in jail for the rest of your life.

Because a second or first-degree felony conviction stays with you forever, you need a knowledgeable criminal defense lawyer to present your side of the case. An effective defense strategy can result in reduced charges that carry less devastating consequences.

The prosecutor must prove you are guilty of assault beyond a reasonable doubt. This leaves the door open for a variety of defenses. You can show that you acted in self-defense or that the victim’s injuries were not caused by the assault. If the incident involved a street fight or other planned confrontation, you can also argue that the victim consented to the assault.

Keep in mind, while you are always free to argue self-defense in response to an assault and battery charge, the legal burden is on you to prove it. Under Texas law, this means you must show that you were faced with unlawful force at the moment you acted and that your own use of force was, therefore “immediately necessary” to defend yourself. The burden then shifts to the prosecution to prove–beyond a reasonable doubt–that your actions did not legally qualify as self-defense.

It is also typically easier to argue self-defense if you were on your own property–such as inside your house or car–when the alleged assault took place. Under the Texas “castle doctrine,” the law presumes any actions you take to defend yourself on your own property were reasonably necessary, provided you did not provoke the attacker and you were not committing a non-traffic-related crime at the time.

Even in cases where self-defense is not a viable defense strategy, there may be other options available to you. For example, if you were acting under duress or coercion to commit the assault–e.g., a third-party threatened you if you did not commit the assault–that can give you a valid defense. And while voluntary intoxication is not a defense to assault, if you were involuntarily drugged or intoxicated by a third party, and that in turn led you to assault someone, you may be able to escape criminal liability if you can demonstrate a temporary lack of mental capacity. 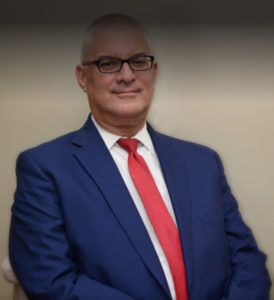 Finally, you need to be aware of the applicable statute of limitations for assault cases. This refers to the amount of time that can pass between an alleged assault and the actual bringing of criminal charges. In Texas, a misdemeanor assault case must be brought within 2 years, while felony assault cases must be brought within 3 years. So if an accuser steps forward beyond these time limits to press charges, they are out of luck.

It is important to create a defense strategy that maximizes your chances of having the charges reduced or dismissed altogether. Because I am primarily a litigator, I have the necessary courtroom experience to help you dispute your assault charges in the most effective way possible.

When you have been charged with a crime, you need experienced criminal defense lawyers who focus exclusively on defending criminal cases and who will aggressively protect your rights. Throughout our careers, We have successfully handled every type of criminal defense case. More importantly, criminal defense is the only thing we do.

I put all my trust in Mark some years back and he took damn good care of me and my case. -Michael Lawson