Do all domestic violence cases in Texas go to trial?

What happens to first-time domestic violence offenders in Texas? 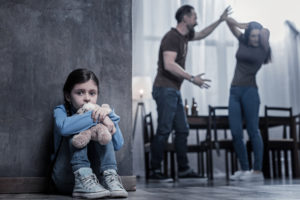 It’s kind of like what happens to a first-time offender of any sort. There are just too many broad answers. It would depend upon the severity of the case. Were there injuries involved? What are the complaining witnesses’ feelings about the case?

There are so many factors that go into it that I can’t say there’s a rubber stamp answer for what happens to first-time domestic violence offenders. Typically, with most misdemeanors, for people without a criminal history, there’s always deferred adjudication available. Which is a special type of probation that if you finish without incident, then the case is eventually dismissed, and you do not become convicted.

Another one that we run into a lot is that it will affect your gun rights for five years. This is oftentimes a problem we have with men in particular, because they want to be able to hunt every season.

Is choking someone, a felony in Texas?

Can assault charges be dismissed?

Yes, they can be dismissed. It happens all the time. Sometimes we will present to the state a particular set of circumstances that would warrant dismissal. For instance, a man and woman have been married for a long time. Alcohol is involved, an argument occurs, and some sort of violence takes place. Then after the arrest when everyone calms down, no one’s mad anymore, no one had a criminal history. Sometimes in situations like that, we can convince the state to let our client take a domestic violence class, and then dismiss the charges. That is not uncommon.

What is continuous violence against the family?

It is exactly what it sounds like. It is repeated acts of assault on a family member within a certain time period, and that makes it a felony. So you’re alleged to have committed several misdemeanor assaults against a family member, over a shorter period. They can cumulate those charges and make it one felony. Even though, each offense would be charged as a misdemeanor.

What does domestic assault mean?

When we speak in terms of the penal code, it’s assault involving family violence. There is a definition, but the best way to simplify it is, it doesn’t have to be a legal or blood family relationship, it can be a girlfriend or an ex-girlfriend. I think what’s most common is spouses or partners involved in family violence. There has been the occasional case where we thought that family violence did not meet the circumstances, but the vast majority of times they do.

Do domestic violence charges go away?

Sure they can. They can be dismissed. If you take a deferred and complete the deferred, you won’t be convicted. Now, if the question is, after a conviction, does it go away? The answer is no. So if you go to trial and the jury finds you guilty, that will be on your record, just like any other crime, for life.

How do most domestic violence cases end?

I cannot give you a pattern as to how they end. We have cases currently, everything from the man and woman who had too much to drink and some silly argument led to minor violence, to severe cases of violence, to continuous violence against the family. The spectrum is so broad that I can’t say how most end. Most misdemeanor cases end without incarceration.

Most domestic violence offenders are people who are not constantly committing crimes. This is usually something that happens between people that love each other, or at one time loved each other. So it’s not a situation where someone’s out robbing banks.

How do you fight a domestic violence charge?

That’s also very fact-specific. I have had a case in my career where a gentleman had married a woman from Russia and brought her here. She later accused him of assault, and through a lot of work, we were able to show that she never intended on following through with the marriage. She just needed him to get her here. When she got here, she was going to find a way to stay here, but not necessarily have to stay with him. That’s kind of what she did.

We were able to show that and eventually got that case dismissed. Each case is different, it would depend on your particular set of facts on how we would fight a particular charge. Jessica and Thomas tried one recently, where the complaining witness, the victim, her story had changed some seven times. So sometimes you don’t find out these things until you’re in trial. Sometimes it evolves. Sometimes, as I said earlier, we’re able to complete a set of terms and get a dismissal.

Can the state prosecute without a victim?

So this is a really good question. The first thing that I have to tell people is, of course, the state can prosecute without a victim. Just like when there’s a murder, the decedent doesn’t come to testify, right?

There are exceptions to when the state can proceed forward without the victim. Such as, if circumstances warrant, let’s say the 911 call or police interaction, then that may come into evidence against the accused. So if the person who’s making the call and interacting with the police is showing sufficient emotion to meet certain legal requirements, the state may be able to put that into evidence without the complaining witness present.

The state also sometimes will try to bring in an expert to say why a victim is too afraid to testify. In all those situations, the attorney is going to be challenging that every step of the way. So it’s a complicated answer, yes, they can sometimes prosecute without a victim. Sometimes they can’t as it’s a violation of your right to confrontation. It gets tricky and fact-specific.

How do you get out of a subpoena to testify?

I’ve had a lot of cases where subpoenas were not properly issued, but if you have been properly subpoenaed, then the court can issue a writ of attachment, which means if you refuse to come, you would be arrested and brought to court and held in jail until you did testify. That very rarely happens. So if you’ve been properly subpoenaed, there’s no real way for you to get out of it.

What happens if a victim refuses to testify?

This happens a lot. It goes back to the violation of your confrontation rights. A lot of times, victims decide that they will not testify. The way this works is, every criminal case is brought as “the state of Texas against john doe”, it’s not “john doe’s wife against john doe”. It’s “the state of Texas versus john doe”. What happens is Jane Doe, the wife, is merely a witness for the state. So if the state does not have that witness, and does not meet some other criteria, they cannot proceed to prosecute against you.

Does the prosecutor talk to the victim?

Yes, the state of Texas is supposed to talk to all its victims in all cases. Generally, at least locally, they will talk to the victim before they will even make us an offer. Sometimes when they cannot find a victim, depending upon how they feel about the case, they may resort to other measures.

Sometimes they’ll send out a letter and give the person a timeline, let’s say 10 days, to reach out before doing with the case what they see fit. If that’s not good enough for them, then they’ll send out an investigator to try to find this person and see if they can get this person to talk. Although yes, the prosecutor tries to talk to their victims in cases.

What happens if you are subpoenaed and don’t want to testify?

You would need to tell that to the party that issued the subpoena. Hopefully, the state didn’t let it get to the point where the case is now set for trial, no one’s ever tried to reach out to you, and all of a sudden you get a subpoena. If that happens, on the subpoena, it always tells you who is issuing the subpoena and it’ll give you a way to contact that person. Usually, it’s a phone number, an email, or both. So you would want to reach out to the person who subpoenaed you and try to discuss that with them.

Can a victim change their statement?

Can a victim be a witness?

Can a person be forced to testify in his or her own trial?

Absolutely not. This is something we go through in voir dire in every single jury trial. The defense attorney rarely recommends that the accused take the stand. Most of the reason is that we can’t control what goes on up there when you’re being cross-examined by the state.

We’re skilled litigators, I’ve been trying cases since 1998. So I can assure you that I’m much better at eliciting testimony from a non-lawyer than I would be another skilled lawyer. So most of the time, we don’t put our clients on the stand for that very reason. You’re going up against a pro who is trying to convict you. They’re going to try and get you to open the door to things that normally would not come into evidence, try and trip you up, make you look like you’re lying.

I know what’s going to happen. I know it’s going to be bad. I don’t want to get blamed later on in appeal. So no, you can never be forced to testify, just like you cannot be forced to talk to the police or any investigators. You would always want the benefit of having your lawyer with you before you give any statements.

What Changes Drug Charge From Drug Possession To Trafficking?
How Big Is The Drug Trafficking Problem In Galveston County?
How A DWI Guilty Plea Can Ruin Your Life
Arrests Over NYE Weekend – Innocent Until Proven Guilty