Individuals who deliver or import drugs across the Texas border face serious consequences under both state and federal law.

Because Texas drug trafficking laws impose some of the harshest penalties in the nation, even a relatively minor trafficking charge can involve serious consequences. That is why it’s important to begin building your defense from the moment you are charged with a drug-related crime.

I have extensive experience handling trafficking cases and will examine every aspect of your case to create an effective defense strategy. Common defenses to trafficking charges include unlawful searches, entrapment, lack of possession, and improper seizure.

In many cases, powerful drug cartels use terror and intimidation to pressure individuals into smuggling drugs into the United States. Additionally, you may have been unaware that drugs were placed on your person or inside your bags.

Drug Trafficking Is On the Rise

Geography makes Texas a drug trafficking hotspot. Other southwestern states, such as California and Arizona, face similar challenges in minimizing the number of illegal substances that pour across the US border each year.

Millions of dollars’ worth of dangerous, illegal substances across state borders annually. Because it is relatively easy to transport these items across the Texas-Mexico line, drug trafficking is a serious problem in the Lone Star State. As a result, Texas imposes strict penalties on drug trafficking offenders.

Because these substances devastate lives and contribute to violence, the government continues to enforce harsh penalties on those who engage in trafficking. Individuals who deliver or import drugs across the Texas border face serious consequences under both state and federal law.

What Is Considered Drug Trafficking?

“Drug trafficking” is more a term of art than a specific crime. The United Nations Office on Drugs and Crime defines drug trafficking as the “global illicit trade involving the cultivation, manufacture, distribution, and sale of substances which are subject to drug prohibition laws.”

But within the United States and the State of Texas, drug trafficking is a catch-all term that refers to the illegal distribution–or possession with “intent” to distribute–anything deemed a “controlled substance.”

But what separates simple possession from a more serious trafficking offense? Oftentimes, the circumstances surrounding a suspect’s arrest will lead prosecutors to charge one way or the other. Here are just some of the factors involved:

Drug trafficking is prosecuted under the state’s Controlled Substances Act. The Act forbids the possession, manufacture, and distribution of illegal drugs with the intent to deliver them to another. State penalties for drug trafficking vary depending on the type of drug being transported. Drugs are grouped into four categories and two sub-categories ranging from most to least dangerous. Penalty group 1 drugs include the most dangerous substances and carry the most severe punishments.

For example, a person convicted of trafficking in 2 grams of opiates–a Penalty Group 1 drug–can be charged with a second-degree felony under Texas law. This carries a prison term of between 2 and 20 years, as well as a maximum possible fine of $10,000. But if the amount of drugs involved was less than 1 gram, then the offense is charged as a state jail felony, where the possible jail term falls between 180 days and 2 years.

Additionally, federal law prohibits the transport of drugs within a state, which is a crime known as intrastate trafficking. The federal Controlled Substances Act breaks drugs down into five categories and assigns penalties depending on the type and quantity of the controlled substance involved:

As with Texas law, federal drug trafficking penalties depend heavily on which schedule a controlled substance falls on. Let’s say a suspect is arrested and charged with trafficking 150 grams of heroin. Since heroin is a Schedule I drug, even a first offense carries a minimum federal prison sentence of 5 years.

If the suspect has a prior drug conviction, that minimum doubles to 10 years. In theory, a judge could give the first-time offender up to 40 years in prison, although in practice there are federal sentencing guidelines that would likely caution against such a lengthy jail term. On the other end of the spectrum, someone caught trafficking a Schedule V drug cannot receive more than 1 year in prison for a first offense. 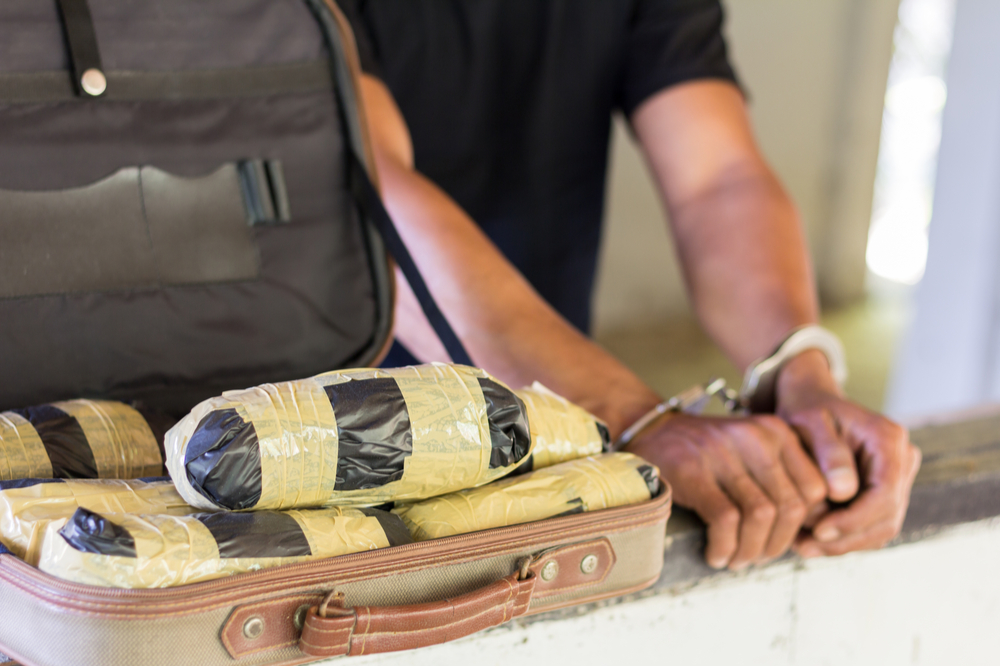 How Can You Defend Against a Drug Trafficking

Drug trafficking is not the equivalent of a traffic ticket. Distributing drugs is almost always prosecuted as a felony. And if federal law enforcement is involved, you are potentially facing decades in prison. So, the first thing you need to do if you are arrested is to contact and work with an experienced Galveston drug trafficking defense attorney who will zealously represent your interests.

Depending on the particulars of your drug trafficking case, there may be multiple possible defenses available. Some of the more common scenarios we have dealt with include:

So if you have been arrested and charged with any type of drug trafficking crime, contact our office today to schedule a free consultation.

When you have been charged with a crime, you need experienced lawyers who focus exclusively on defending criminal cases and who will aggressively protect your rights. Throughout our careers, We have successfully handled every type of criminal defense case. More importantly, criminal defense is the only thing we do.

I put all my trust in Mark some years back and he took damn good care of me and my case. -Michael Lawson